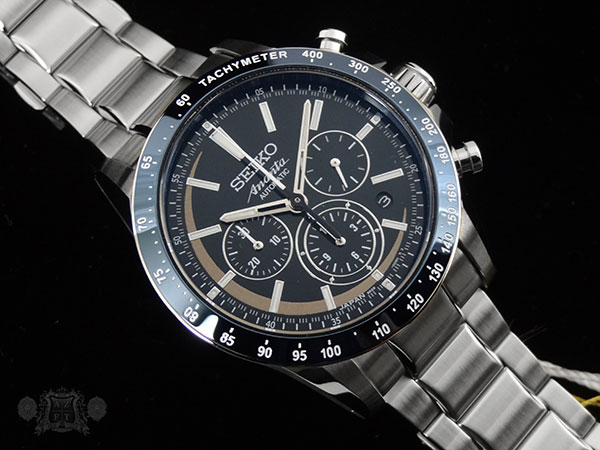 100 years of Seiko making wristwatches has been expressed throughout every series through Grand Seiko, Astron, and even the core Seiko lineup.  Today, we review their top of the line mechanical chronograph, the Ananta Blue Lacquer Chronograph SRQ017, also made to celebrate their 100th year of watchmaking.

For this special limited edition of only 300 pieces for the world, Seiko decided to continue with their successful hand lacquered dials, all done by renowned Makie lacquer artist Isshu Tamura.  For this model however, they decided to venture into new territory, deviating away from the previously used black lacquer, and going for a dark and elegant blue.  This blue lacquer dial was apparently very difficult to achieve, but the final product was well worth it.

The crescent moon found from about 11:00 to 5:00 replicates the symbol found on the helmet of Japanese Daimyo (or a powerful regional lord), Massamune Date.   Date began at an early age of 14 leading his first campaign in the modern Yamagata Prefecture.  By 1584, at the age of 17, he succeeded his father who decided to retire from his position of Daimyo, and Date grew his reputation tremendously.  Leading an army armored in all black with gold headgear, Massamune Date was a greatly feared leader who went through constant power struggles over land, with other Daimyo’s and even his own family.  With many incredible stories in his history, too many to go over today, one of his most recognizable achievements is the founding of the city of Sendai, one of the largest populated cities in Japan.  The golden crescent moon resting along the dark blue sky symbolizes the cultural history of Japan,  and brings back the age of the Samurai.

The roughly 43mm wide by 14mm thick stainless steel case of this Ananta is inspired by the Samuari sword, or katana blade, and also finished in the same technique applied to the swords.  The Zaratsu finish is found across the case sides, where each end of the lug is shaped like the tip of the blade.  The tachymeter bezel is plated in blue, which at certain angles, matches the dial.  It is quite impressive how the play of light can make the bezel match the dial in certain areas, while some portions seem brighter.  The color does not effect the flow of the watch, and actually gives it more character. 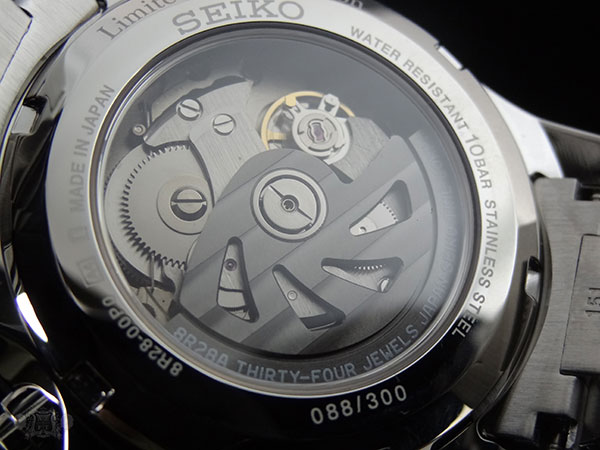 The movement utilized is Seiko’s in-house manufactured 8R28, which is hand assembled at Shizuku-Ishi Watch Studio in Morioka Japan.  The chronograph uses a vertical clutch and column wheel system, has 34 jewels, 28,800 bph and a power reserve of 45 hours.  The use of the vertical clutch is to deliver a precision operation, without the jumping start found on other systems.  The column wheel is used to allow for the utmost precision when operating the pusher.  There is also a triple pointed hammer used in order to ensure when the chronograph is reset, that all of the chronographs hands realign perfectly and instantaneously. 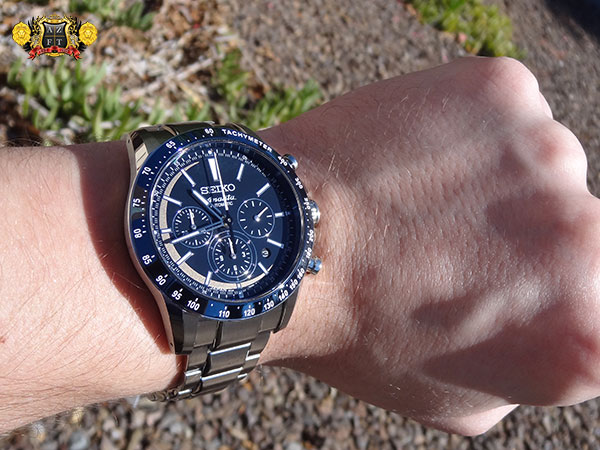 Also, don’t forget…  The Grand Seiko Roadshow is back at AZFT this coming Friday from 3-7pm!  If you can’t attend, you can see live feed on the homepage of our site.

See our video review below…

During the recent JCK watch and jewelry show in Las Vegas, we had an opportunity to sit down and talk to Seiko USA about a few of their new limited edition releases.  See the video below…

There’s that and a lot more coming from Seiko this year.  Not to mention the Astron GPS Party and the Grand Seiko Roadshow will be coming back to AZ Fine Time!  Stand by for the dates.